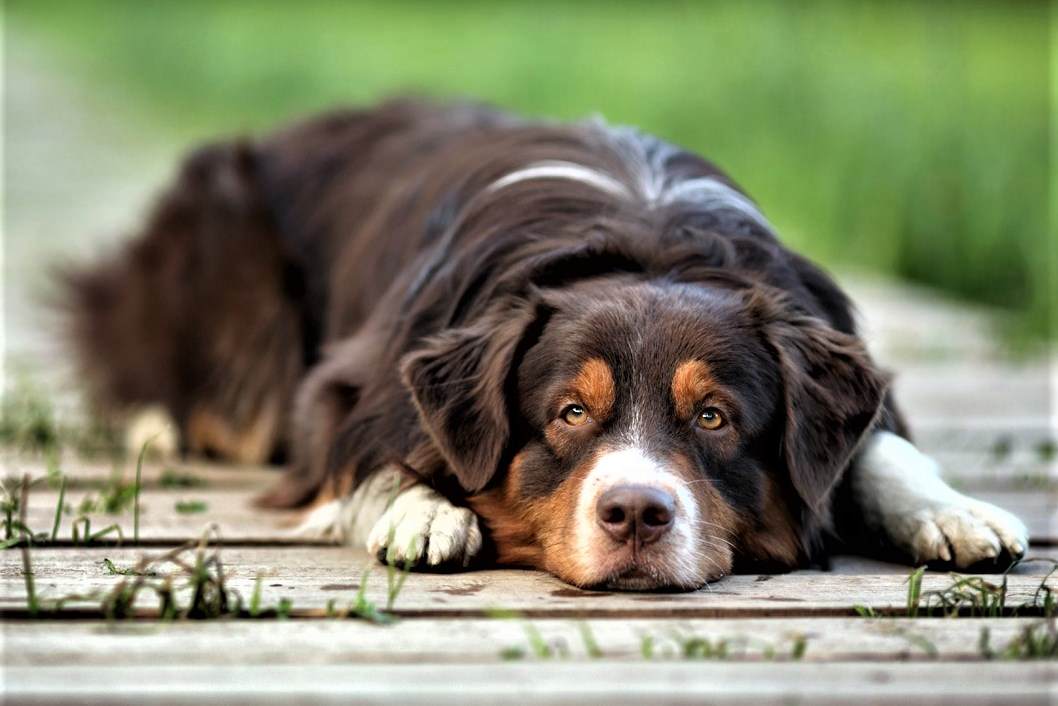 Have you noticed your dog seeming forgetful or having accidents in the house? Are they showing a lack of interest in the things they used to get excited about (including you!)? Do they seem to be circling, standing in corners, or staring into space? These could all be indicators of canine cognitive dysfunction.

Similar to dementia in humans, Canine Cognitive Dysfunction (CCD) affects the aging population of dogs. This neurodegenerative disease is a deterioration of cognitive abilities typically characterized by behavioral changes and affects their memory, motor functions, and learned behaviors. Dogs are also capable of experiencing “senior moments” like forgetting the route on their daily walk or dropping something and not being able to find it. Canine cognitive dysfunction can affect your dog’s interactions with people and other animals – socialized dogs may become irritable and even growl at other animals or children, withdraw from their families and favorite activities, or fail to notice the doorbell ring and seem disinterested in greeting visitors.

There are several common signs that pet parents may notice that could link to a cognitive disorder. The acronym DISH (disorientation, interactions, sleep, house training) spells out the common issues seen in dogs.

If you suspect your dog is suffering from CCD, it is important to take them in for a check-up with your regular veterinarian. Some symptoms of CCD can overlap with other age-related conditions such as arthritis, diabetes, cancer, kidney issues, as well as hearing and sight loss, so your vet will need to rule out other possible medical causes. There is no singular cause of canine cognitive dysfunction, but the basis for a decline in cognitive function can be biological as well as nutritional. Aging is associated with a decreased absorption of nutrients needed to nourish the brain.

Reducing the risk of developing neurodegenerative disease may be as simple as providing your pet with physical exercise, social engagement, cognitive-enhancing activities, and an adequate intake of dietary antioxidants and brain nutrients. Introducing food puzzles encourages mental stimulation – any type of food dispenser toy where the dog has to roll it around to get the food out keeps them mentally active. Certain dog foods are formulated to help slow down cognitive dysfunction and include antioxidants and omega-3 fatty acids to promote and strengthen cell health. Adding a supplement to your pet’s routine can also help slow down. Dr. Bill’s Canine Cognitive Support supplement is a unique combination of natural ingredients such as ginkgo balboa, L-carnosine, L-glutathione and phosphatidylcholine that help support healthy brain function and slow cognitive decline.

You may not be able to stop the process, but you can help slow it down with a combination of the options above and improve your dog’s quality of life for a longer period of time.