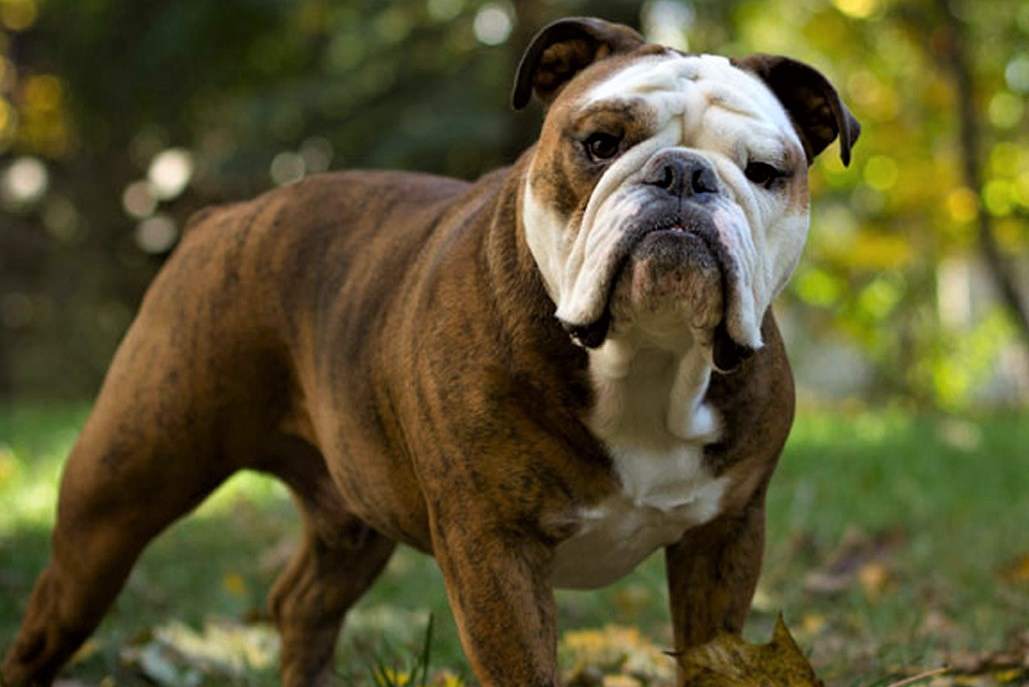 History of the English Bulldog 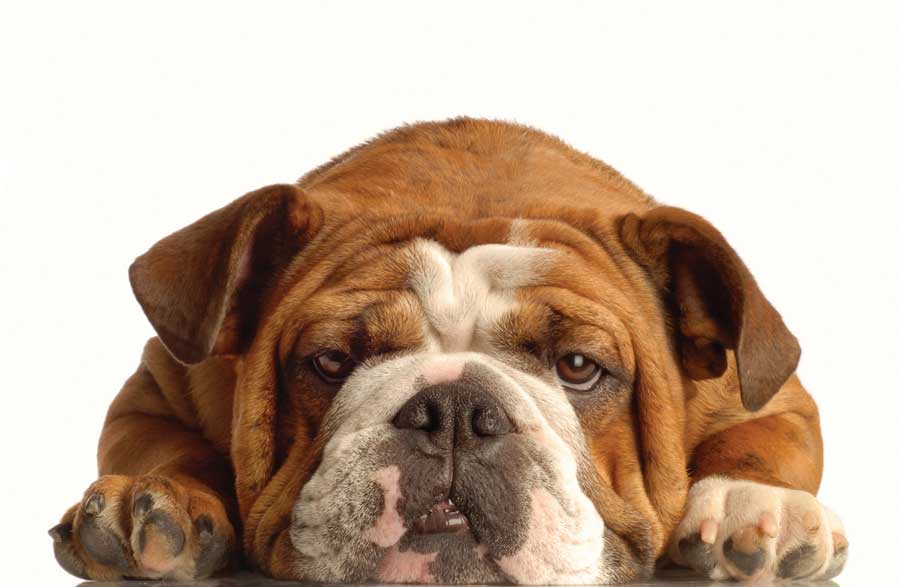 The English Bulldog had its origin in the British Isles and was a descendant of the Asiatic mastiff. The name “bull-dog” was originally provided because of the breed’s use in bull baiting. Back then, Bulldogs were aggressive, ferocious and courageous animals having the power to attack a grown bull from the underside, a cruel sport that was finally banned in the 19th century. Today’s Bulldogs have a very different temperament from those of its ancestors, yet still remains a strong and determined breed.

The English bulldog is known to be equable, resolute and dignified and is known for their loose-jointed, shuffling gait and massive, short-faced head. They are not your typical lap dog, but would like to be! They are one of the most popular breeds according to AKC® Registration Statistics due to their lovable and gentle dispositions and adorable wrinkles. Their current AKC Ranking is 4th Most Popular Breed. The Bulldog may be brindle, white, red, fawn, fallow or piebald.

The perfect Bulldog must be of medium size and smooth coat; with heavy, thick-set, low-swung body, massive short-faced head, wide shoulders and sturdy limbs.  The general appearance and attitude should suggest great stability, vigor, and strength.  The Bulldog may be brindle, white, red, fawn, fallow or piebald.

The Bulldog is very intelligent and tends to do his own thinking. Despite their well-earned reputation for stubbornness, Bulldogs can be successfully trained in obedience, and many are capable of competing successfully in various performance events. Training to fix dog behavior is most successful when begun at an early age with elaborate praise and rewards given for good behavior. It also helps if the owner/trainer has a sense of humor and appreciation of the Bulldog’s ability to “do it my way” in very innovative ways!

Bonding with Bulldog puppies should begin immediately. After weaning, socialization and house training should follow. Taking the puppy outside immediately after meals and upon waking from a nap or a night’s sleep is a must. Daily leash and collar training of puppies should also begin right away. Practice for short periods, and always with patience and gentleness.

Due to their short muzzles and smaller than normal tracheas, Bulldogs are prone to multiple breathing problems resulting in a greater susceptibility to overheating and loud snoring during naps or at night-time.  Bulldogs also have poor eyesight compared to other breeds.  Loose skin always makes a breed more susceptible to skin infections and the Bulldog in no exception.

Other health issues include elbow, hip, and knee joint problems, being very sensitive to cold, susceptible to birth defects, obesity-prone, and having a higher incidence of mast cell tumors than the general canine population.

Bulldogs live an average of 8 years and can weigh up to 50 pounds. Litters of 4-5 puppies are normal for the breed and puppies often need to be delivered by caesarean section due to weak labor tendencies and the potentially larger than normal head size of the puppies.

Interesting Facts About the English Bulldog