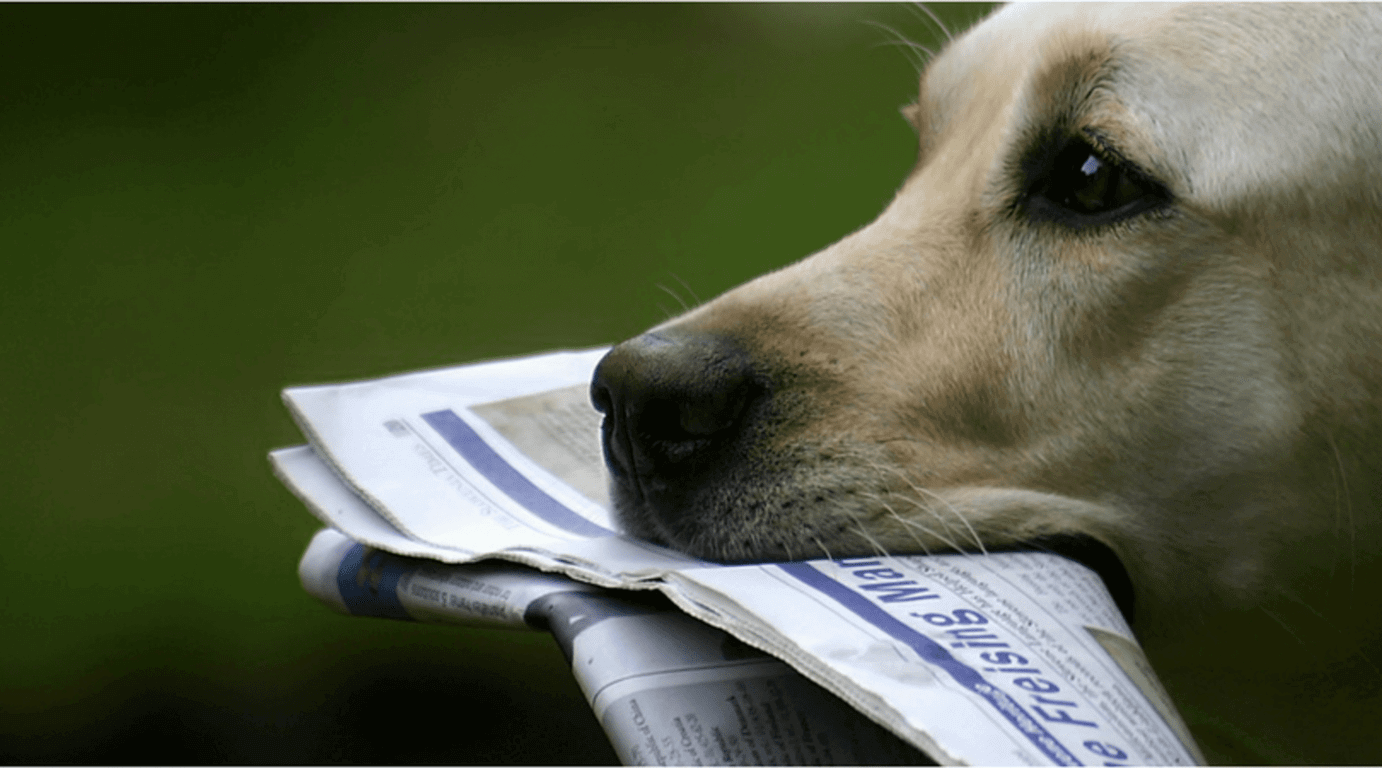 The basis for a decline in cognitive function in our aging dogs and cats can be biological and/or nutritional. Aging is associated with a decreased absorption of nutrients needed to nourish the brain. Aging also brings an increase in oxidative stress due to free radical attacks that damage the protein, lipid and nucleotide structures of the brain. Numerous scientific studies have confirmed that oxidative damage and nutritional deficiencies lead to cognitive dysfunction and memory decline. The dog dementia process has been termed Cognitive Dysfunction Syndrome.

As the brains of the dog and cat decline, behavioral signs related to CDS appear. Some of these signs to look for are:

We sometimes notice these changes but frequently do nothing about them. These things, much like death, are inevitable; however, they can be pushed back and many can be managed or eliminated. 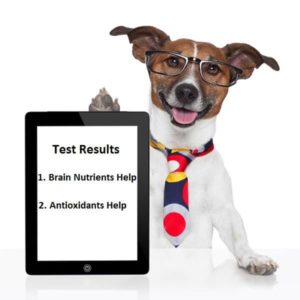 The scientific link between aging, neuronal degeneration and free radicals provides an interesting hypothesis – Would reducing oxidative damage in the brain throughout the life of the dog and cat decrease the incidence of CDS. A second question that comes to mind – Once CDS becomes apparent would the feeding of brain nutrients and antioxidants prevent further decline or even reverse the cognitive dysfunction behaviors.

To test the relationship of CDS and oxidative damage, a scientific study was conducted First, the results of base-line cognitive tests between young dogs and aged dogs showed the older dogs did significantly worse in all phases of the test. Additional tests were conducted on equal numbers of old dogs that had no differences in their cognitive ability. This group of dogs was split into two groups – one group being fed an antioxidant-rich diet for six months while the other was fed the same diet without the antioxidants. The results showed that the antioxidant-rich diet group scored significantly fewer errors on the more difficult tasks tested. The antioxidant rich group also showed improvements in spatial attention, visual discrimination and reversal learning along with reduced protein oxidative damage and plaque accumulation in the brain.

Treatment – Supporting Cognitive Function in the Dog and Cat

Obviously, preventing the onset of CDS would be best. I whole-heartedly believe in prevention over treatment. So, here is what I recommend first to prevent the onset; then, slow the progress once signs begin; and finally, reverse some of the effects of CDS before it worsens.

The dog and cat brain must receive nourishment every day in order to stay healthy. This requires that blood flow to the brain remain optimal and neurotransmitters such as acetylcholine function properly. Optimal brain health also requires that free radical events affecting brain tissues be kept at a minimum.

Science has repeatedly demonstrated that nutrition is the key to a longer and healthier life. Laboratory and clinical studies have shown that providing a biologically appropriate diet containing optimal levels of all essential nutrients and further supplementing with specific brain nutrients and antioxidants supports normal brain function in the dog and cat.

Maintaining our dogs and cats in a healthy and stimulating environment also helps maintain normal cognitive function throughout life. Providing mental stimulation during the developmental period and beyond will push back the cognitive signs of aging. Brain teaser toys, obedience training, agility events or any of the activities we can do with our dogs will help keep them mentally alert.

Reducing the risk of developing neurodegenerative disease may be as simple as providing your pet with physical exercise, social engagement, cognitive-enhancing activities and an adequate intake of dietary antioxidants and brain nutrients.