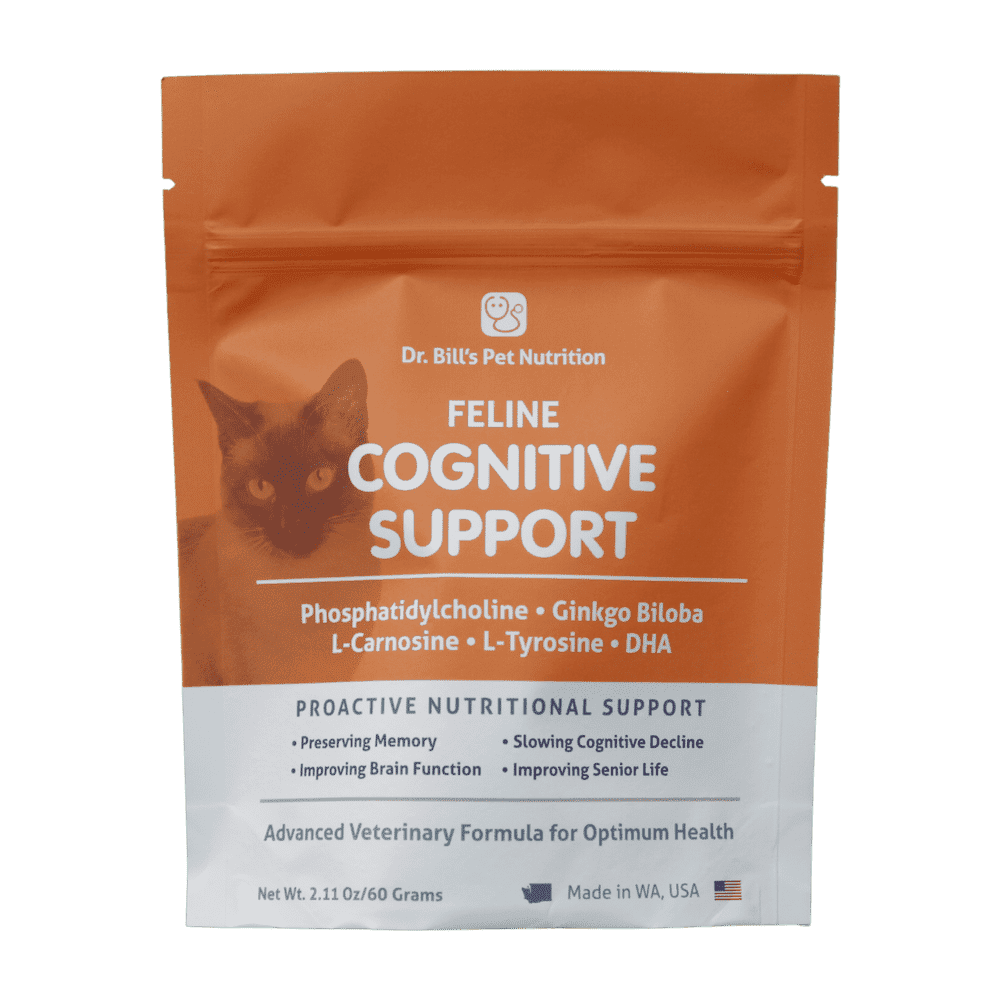 Sprinkle dry onto any feline diet. This product may also be mixed with water to make a tasty broth.
To assure freshness, keep sealed and store in a cool, dry place.

Warning: For animal use only. Keep out of the reach of children. In case of an accidental overdose, contact a health professional immediately. The basis for a decline in cognitive function in our aging dogs and cats can be biological and/or nutritional. Aging is associated with a decreased absorption of nutrients needed to nourish the brain. Aging also brings an increase in oxidative stress due to free radical attacks that damage the protein, lipid and nucleotide structures of the brain. Numerous scientific studies have confirmed that oxidative damage and nutritional deficiencies lead to cognitive dysfunction and memory decline. The process has been termed Cognitive Dysfunction Syndrome.

Made With Biologically Appropriate, Natural Ingredients Including: 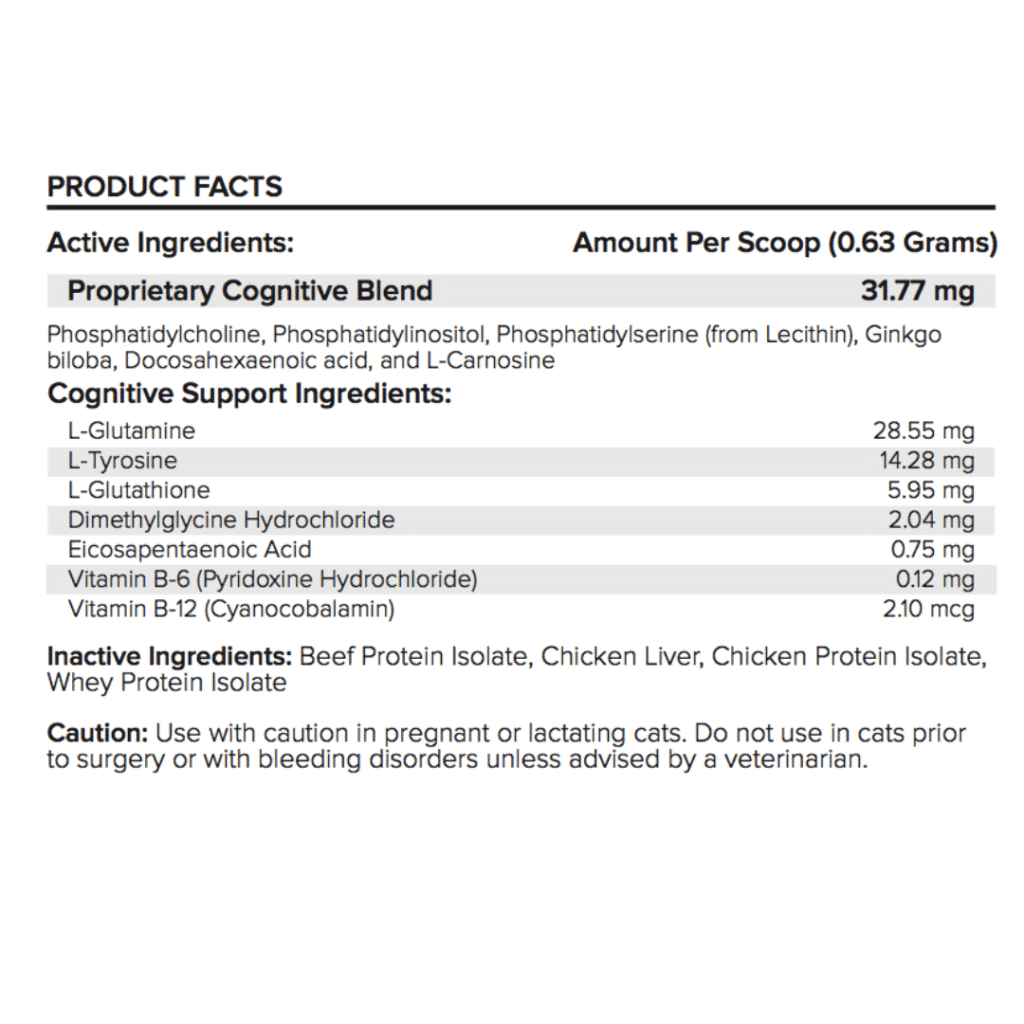 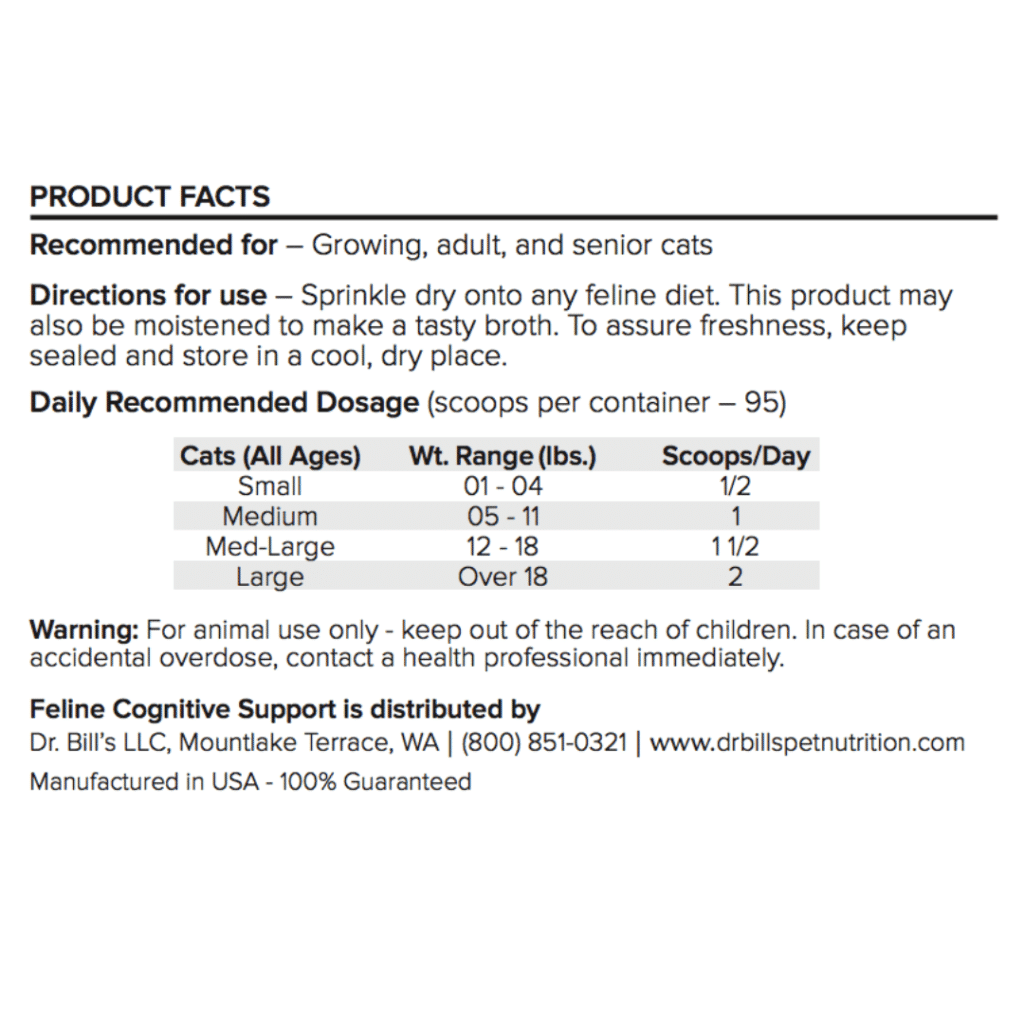 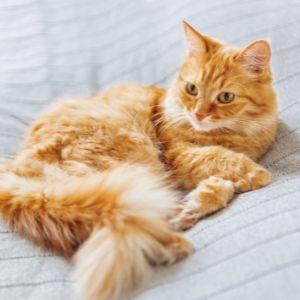 Most senior cats exhibit at least one clinical sign of cognitive dysfunction, which can gradually worsen over time. Providing our senior cats with additional antioxidants and nutrients to maintain normal brain function seems quite logical. Unfortunately, these nutrients cannot be found in most commercially manufactured cat diets. Feline Cognitive Support supplies a proprietary blend of nutrients for the brain that can aid in maintaining and even reversing the signs of cognitive dysfunction.

Cognitive Dysfunction in Dogs and Cats

As many have witnessed, typical house-cats often exhibit odd behaviors that can come off as puzzling to their ...
Read More

Just as nutrients in food can help support the physical body, they can also support healthy brain function. Dogs and cats experience degradation in brain function as they age, just like humans, which can lead to dementia and other brain ailments that diminish their overall quality of life.
Read More

Similar to dementia in humans, our pet’s brain function slowly declines as they age. This condition is ...
Read More

What Pet Owners Are Saying