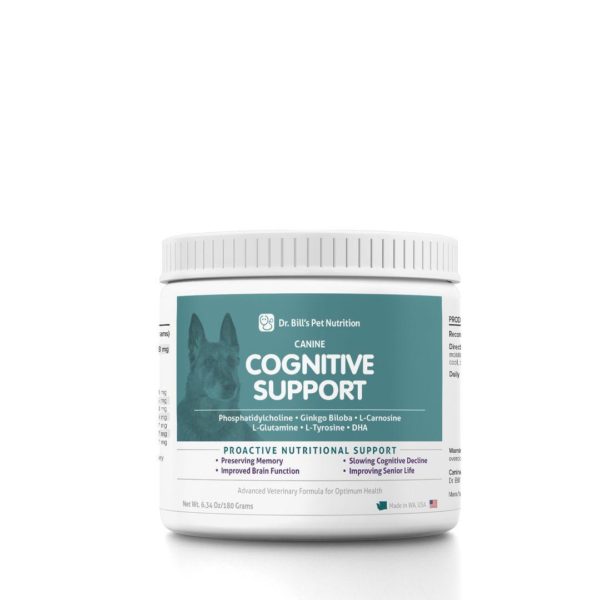 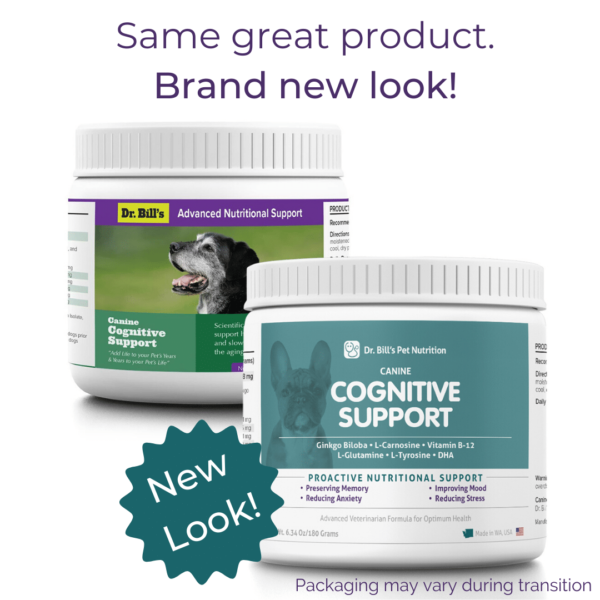 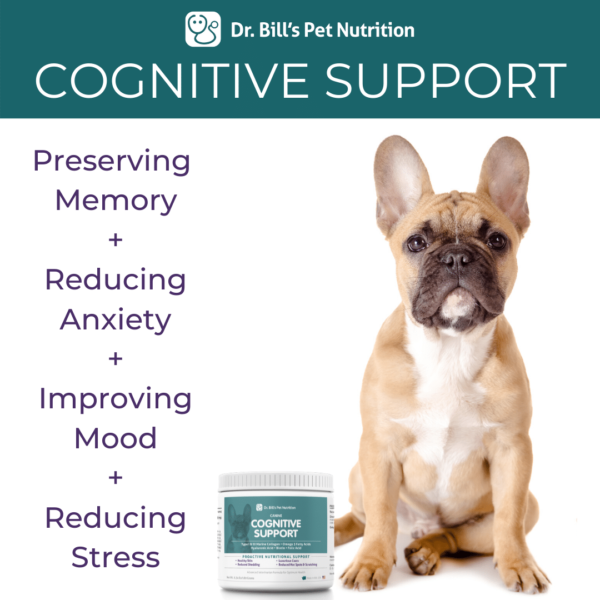 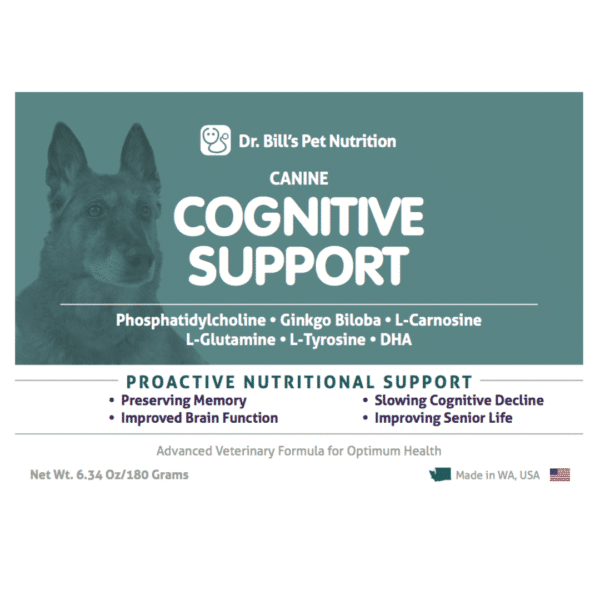 Made in the USA – 100% Satisfaction Guaranteed

Canine Cognitive Support is a unique combination of natural ingredients that help support healthy brain function as well as slows down natural cognitive decline in the aging canine.

Directions for Use — Sprinkle dry onto any canine diet. This product may also be moistened to make a tasty broth. To assure freshness, keep sealed and store in a cool, dry place.

Warning: For animal use only. Keep out of the reach of children. In case of an accidental overdose, contact a health professional immediately. 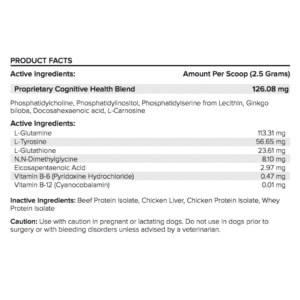 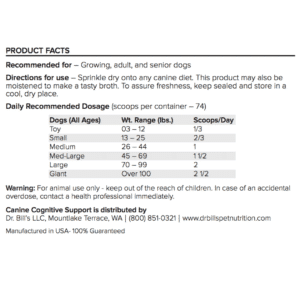 Learn More About The Different Ingredients 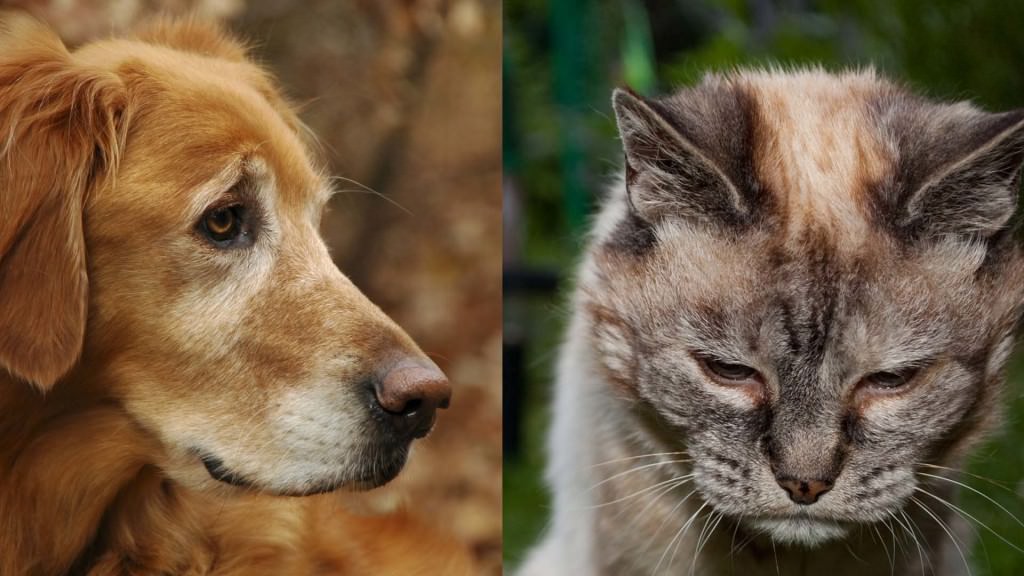 The basis for a decline in cognitive function in our aging dogs and cats can be biological and/or nutritional. Aging is associated with a decreased absorption of nutrients needed to nourish the brain. Aging also brings an increase in oxidative stress due to free radical attacks that damage the protein, lipid and nucleotide structures of the brain. Numerous scientific studies have confirmed that oxidative damage and nutritional deficiencies lead to cognitive dysfunction and memory decline. The process has been termed Cognitive Dysfunction Syndrome.