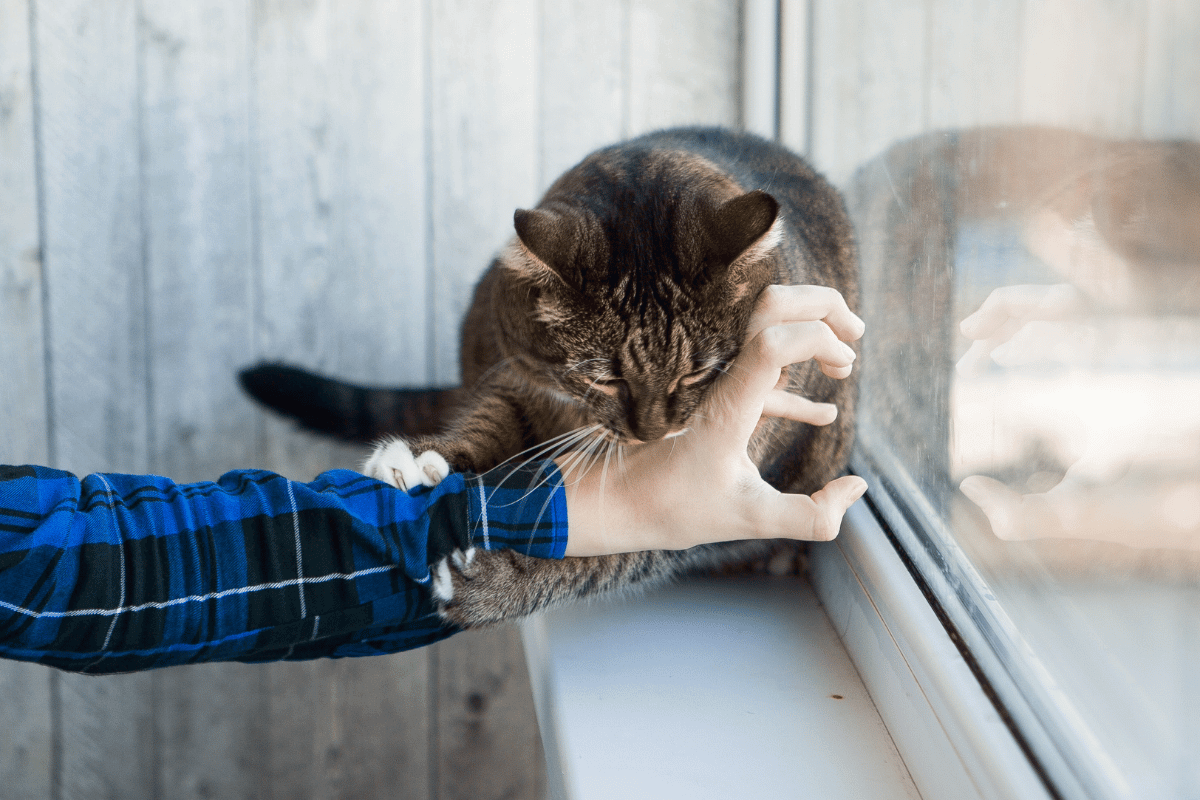 As many have witnessed, typical house-cats often exhibit odd behaviors that can come off as puzzling to their owners. Following relaxed moments of calm petting, it’s common for felines to abruptly bite their owners and dart to a secluded room of the house. While we may see these aggressive instances as unprovoked, humans often miss particular situations that illicit these unwanted cat behaviors.

Felines are both predators and prey when living out in nature, many of these primal instincts can still be observed in modern house-cats. Understanding these primal behaviors can better help owners understand what the world looks like through their feline’s eyes. While some biting may stem from aggressive behavior, other biting tendencies may purely be from overstimulation or the mere fact that your cat’s unintentionally playing too rough. Let’s explore reasons as to why cats bite and which subtle behaviors indicate their level of aggression.

Why Does My Cat Bite Me Unprovoked?

If your cat is exhibiting overtly aggressive tendencies, it’s important to seek out professionals such as veterinarians or behavioral experts. Cat bites aren’t usually dangerous, although, make sure to sterilize and disinfect any broken skin to prevent infection following a cat bite. Unwanted cat behaviors are often signs of miscommunication between felines and their owners, as bites are generally not intended to come across as aggressive.

It’s common for cats to become more aggressive as they age and show signs of cognitive decline. Most senior cats exhibit at least one clinical sign of cognitive dysfunction, which can gradually worsen over time. Providing our senior cats with additional antioxidants and nutrients to maintain normal brain function seems quite logical. Unfortunately, these nutrients cannot be found in most commercially manufactured cat diets. Fortunately, Dr. Bill’s Feline Cognitive Support is a unique combination of natural ingredients that helps support healthy brain function and slow cognitive decline in aging felines. Feline Cognitive Support supplies a proprietary blend of nutrients for the brain that can aid in maintaining and even reversing the signs of cognitive dysfunction.