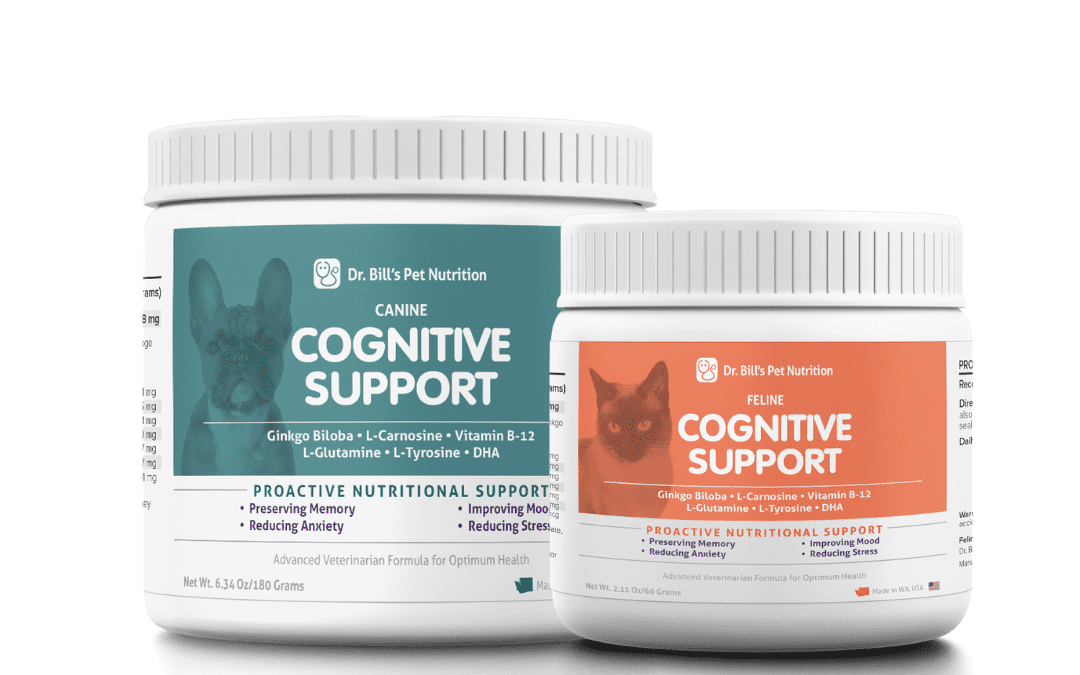 Similar to dementia in humans, our pet’s brain function slowly declines as they age. This condition is scientifically termed Cognitive Dysfunction Syndrome (CDS). The deterioration of cognitive abilities is typically characterized by such as diminished motor function. Cognitive Dysfunction Syndrome can affect your pet’s interactions with both humans and other animals.

CDS is the decline of cognitive function in our aging dogs and cats that can either be attributed to biological and/or nutritional issues. Aging is associated with a decreased absorption of nutrients needed to nourish the brain. Aging also brings an increase in oxidative stress due to free radical attacks that damage the protein, lipid, and nucleotide structures of the brain. Numerous scientific studies have confirmed that oxidative damage and nutritional deficiencies lead to cognitive dysfunction and memory decline.

Even socialized dogs and cats may become irritable, withdraw from their owners and favorite activities, or fail to notice things that used to interest them like the doorbell ringing or greeting visitors.

Initial symptoms in dogs can be hard to notice and are often written off as normal signs of aging. Reportedly, 3 out of 4 senior dogs will exhibit at least 1 clinical sign of cognitive dysfunction. CDS is not as well recognized in cats due to their naturally obscure nature. It has been estimated that 28% of pet cats aged 11-14 years develop at least one age-related behavioral problem, which increases to more than 50% for cats over the age of 15.

Providing our senior dogs and cats with additional antioxidants and specialty nutrients to maintain normal brain function and neurotransmission is critical, and sadly cannot be found in commercially manufactured diets. Dr. Bill’s Canine and Feline Cognitive Support has proven to be superior in maintaining and even reversing the signs of cognitive dysfunction. 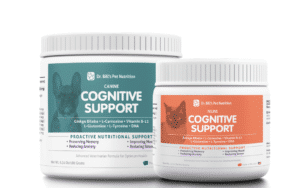