The Feeding Habits Of The Carnivore 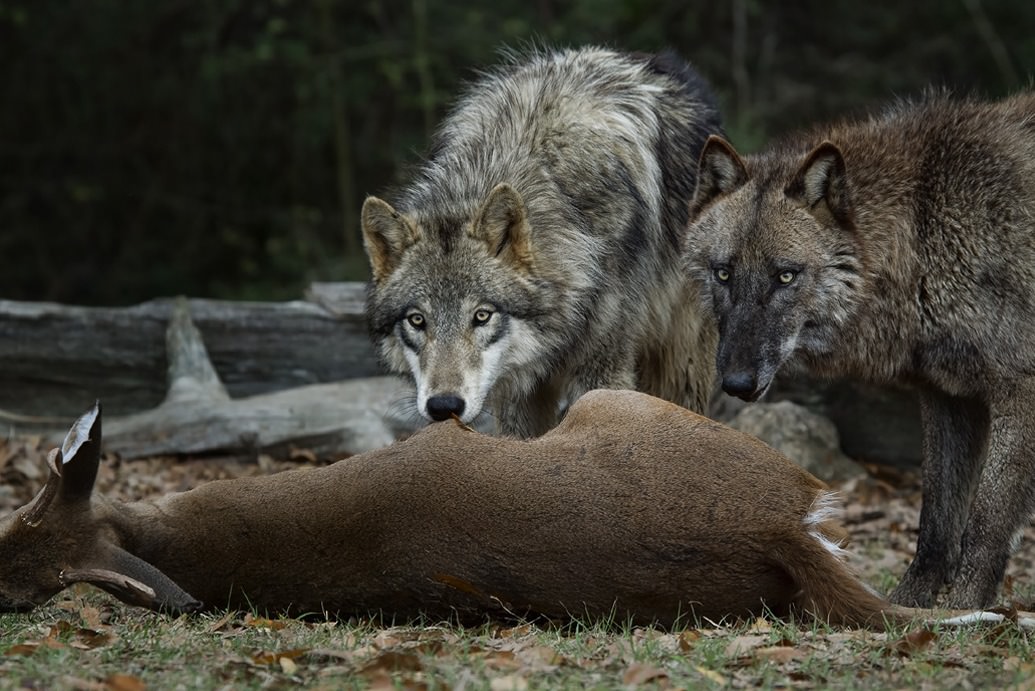 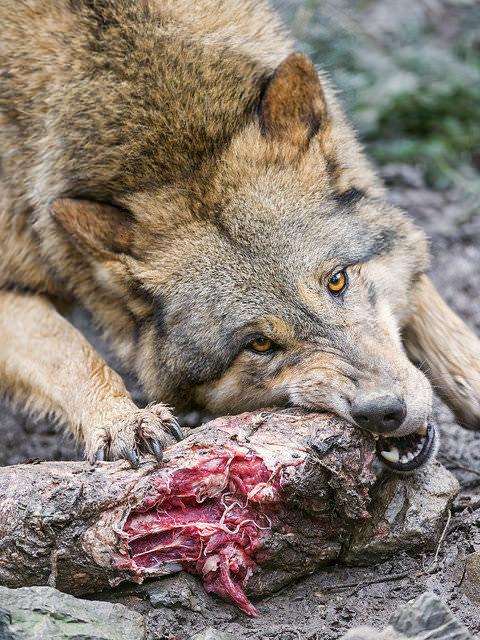 Wolves prefer to hunt in packs seeking a diet rich in meat sources from small or large animal prey. Although rare, they have occasionally been seen including berries, fruit and some plant parts in their diet.

This behavior poses some ethical questions – are a few berries and plant parts (omnivorous behavior) enough to justify the large amount of carbohydrate being fed to the direct descendants of the wolf (our canine friends).

Let’s see if I can answer that question?

Anatomically, the digestive system of the dog is still the same as its carnivore relative the wolf, requiring a high protein, nutrient dense diet.

Metabolically, today’s dog has a few characteristics of an omnivore such as the ability to convert carotene to Vitamin A, Tryptophan to Niacin, Cysteine to Taurine and Linoleic acid to Arachidonic acid.

These, however, are only four of the hundreds of millions of metabolic decisions the dog makes daily in its quest for Optimum Health.

So! What benefits are actually derived from including a high percentage of carbohydrate in pet foods today?

The answer is simple; carbohydrate is a low-cost alternative to fresh meat.

It also requires that a larger volume of food must be fed on a daily basis in order to meet minimum dietary needs.

This may be a good thing for pet food manufacturers, but it causes numerous health problems in any dog or cat that must process this extra bulk and fiber, resulting in digestive problems such as gas, bloating, increased stool volume and occasionally disease.

I believe that optimum health requires feeding a balanced diet that more closely resembles the diet that canines evolved on rather than spending millions researching ways that allow us to use more carbohydrate.

Should we count our blessings and be thankful that the dog and cat are fairly adaptable creatures or factor in some common sense and put some high quality protein back into their diet. Scientists can argue forever as to whether our dogs today are carnivores requiring a high protein dog food with a few omnivorous traits or omnivores that still have 50 million year old carnivore digestive anatomy and physiology. Wouldn’t it be easier if just let our best friends make the decision on their own. 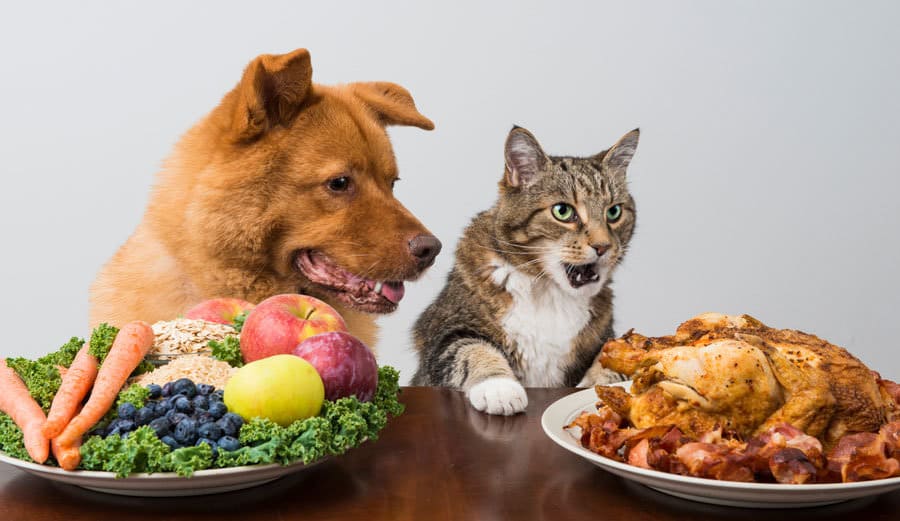 Wild cats, including the domestic cat that is allowed to roam outside, are all solitary hunters of animal flesh. By examining their digestive anatomy and physiology and observing their feeding trends, one can only conclude that they are true obligate carnivores, showing no tendencies towards any omnivorous (carbohydrate) feeding behavior. 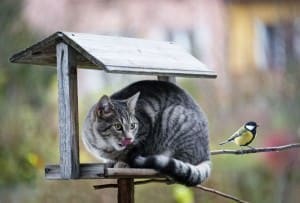 This poses the big question – why do most of today’s feline diets contain large amounts of grain-based carbohydrate when we know that this practice has led to numerous disease conditions affecting many major organ systems of the cat?

Cats are notorious for becoming fixed on a single food if allowed to eat only one food for a long period of time.

It has long been known that dogs adjust their energy intake as the energy density of the diet is increased or decreased.

Suppressing activity (keeping dogs or cats in small places) and feeding highly palatable, energy-dense diets for long periods of time contributes to obesity in dogs and cats just as it does in humans.

Many dogs and cats can be fed free choice and will maintain normal body weights. About 30 – 40% will overeat and become overweight. 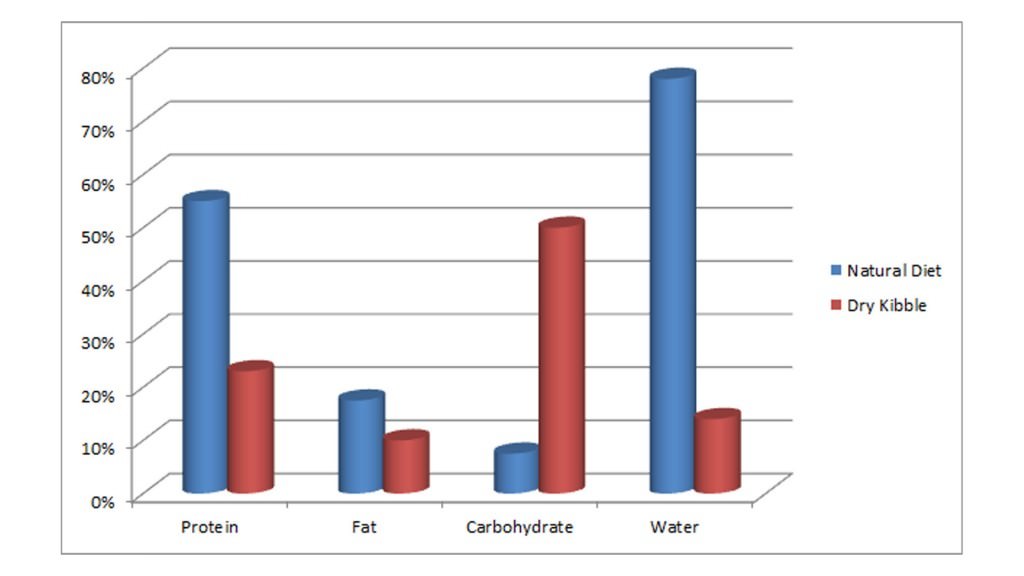 The natural diet of the dog includes a high level of protein (55%), low to moderate fat content (15 – 20%), and almost no carbohydrate (5 – 10%). The natural diet also provided biological water from the fluid content of animal cells and blood (up to 78%).

When we compare this to one of today’s most highly promoted premium dog foods we see quite a different story. The kibble is low in protein (22%), low in fat (10%), high in carbohydrate (50%) with 12% moisture none of which could be considered biological water.

Veterinary textbooks state that neither the dog nor cat has a metabolic requirement for carbohydrate. There are those however, who believe that because carbohydrate is being included in today’s pet foods…they must need it. This kind of thinking defies scientific logic.

A diet containing more carbohydrate than biologically required by the species promotes an over-production of insulin which can make it difficult to maintain normal weight and may lead to obesity and diabetes. It is not a coincidence that obesity and diabetes are both significant health problems facing the dog and cat today. Excess insulin can also causes the over production of inflammatory chemicals leading to numerous health issues. Most scientists agree, inflammation is considered to be the initial source of almost every disease.

Disease symptoms attributed to any number of causes may actually be the result of a lifetime of feeding biologically inappropriate diets.

These are the ancestors of today’s domestic dogs and cats. Their digestive anatomy and physiology has not changed at all. Feeding them a biologically appropriate diet is essential for maximizing genetic potential, achieving optimum physical and mental health and extending the life of our pets far beyond where it is today. 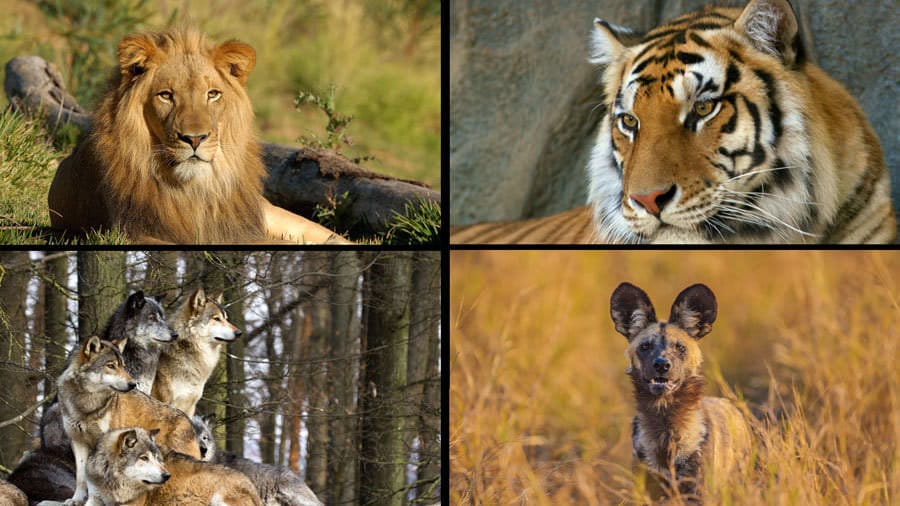 Taking into consideration financial constraints…things you can do to improve your pet’s diet: